In keeping with the theme of back-light mods, I have another one here for you all. Recently I was able to get my hands on a well-loved (read: had the piss kicked out of it) Tektronix DMM 916. The specs are nice:

The only problem which I didn’t know until I got the meter in my hands was that the back light was horrible: 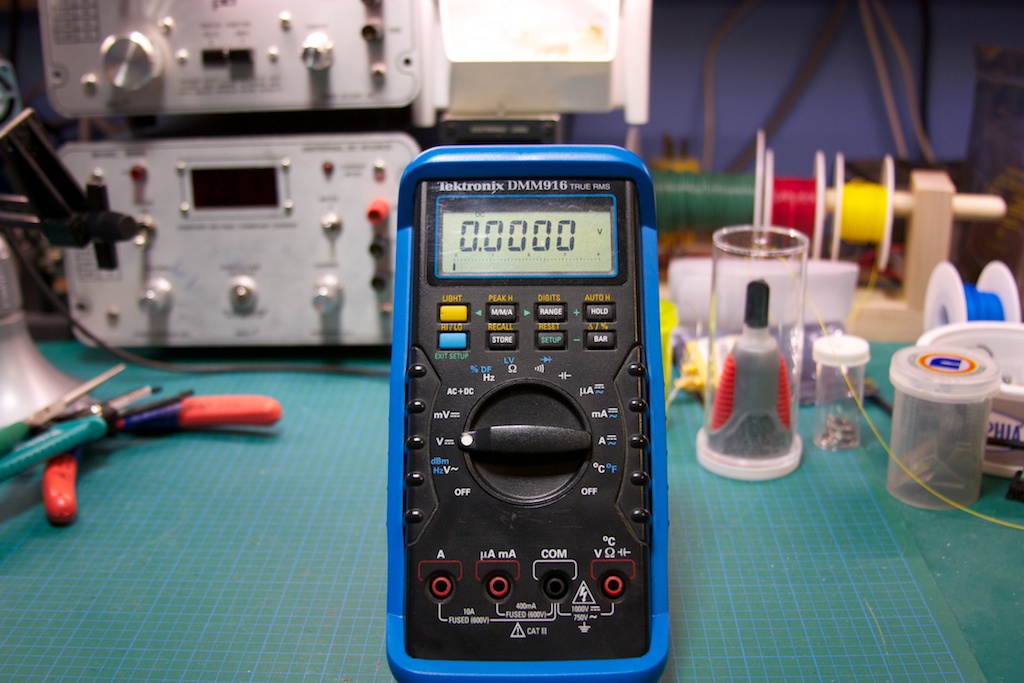 Wait, where is that back-light? 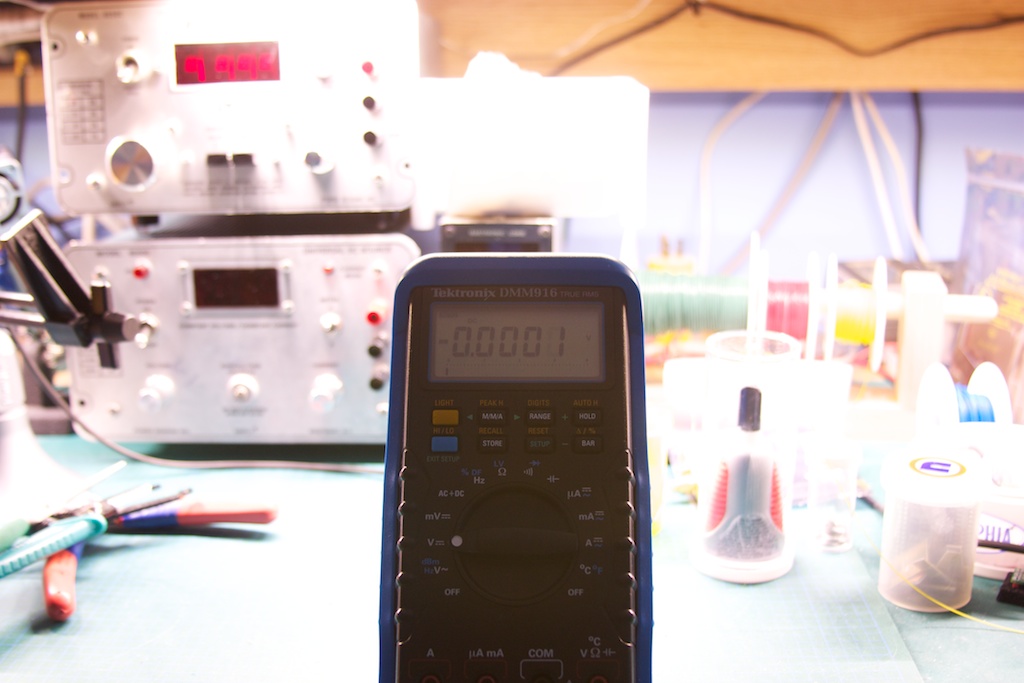 Still can’t see it? Turn off the lights! 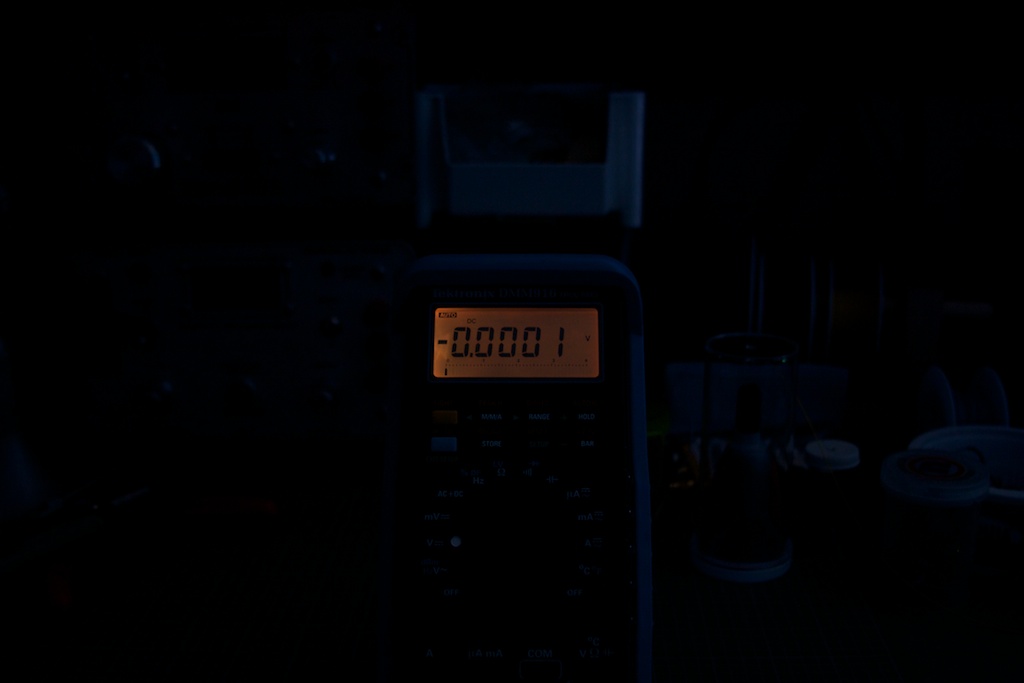 I’m not sure if this is “factory standard” or just a sign of the age of the unit, but either way it needed some change. The first thing I did was to open up the meter and check out the display: 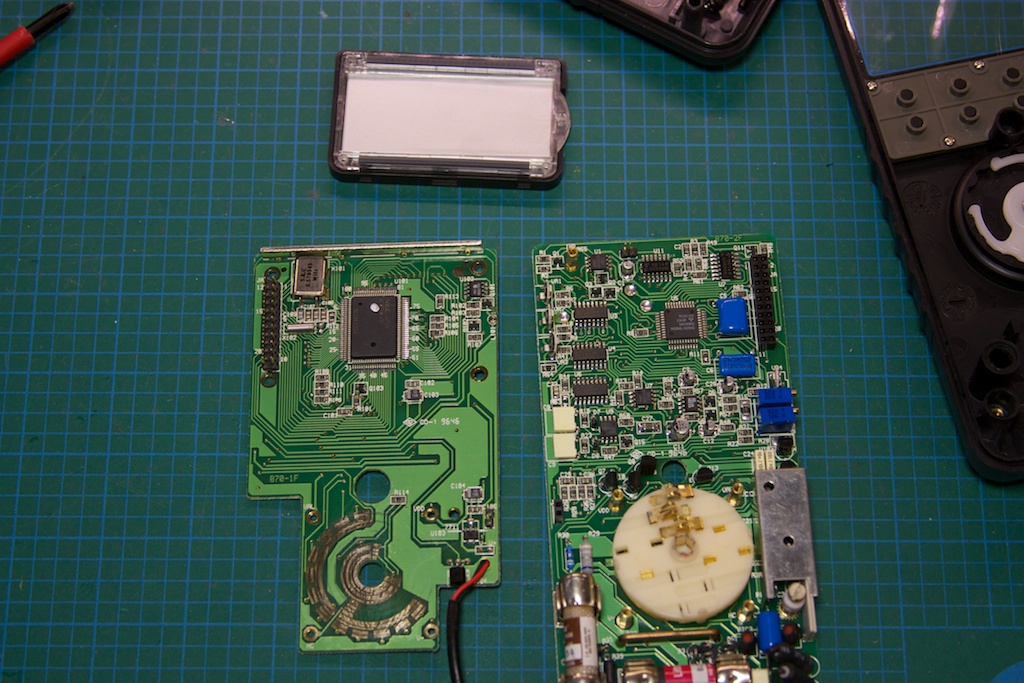 There is a small slot on one side of the display assembly where the lamp bulb pokes into the light pipe. At first I thought I might use a standard through-hole LED, but realized that I wouldn’t be able to mount it without either cutting the trace (for the limiting resistor) or cutting the display. I didn’t want to mod the board, in case I or someone else wanted to restore it back to a incandescent bulb. So I choose to use a SMD chip LED and resistor, and build it “tee-pee” style on the top of the display PCB, so that the LED and resistor would stick up vertically into the display light-pipe recess: 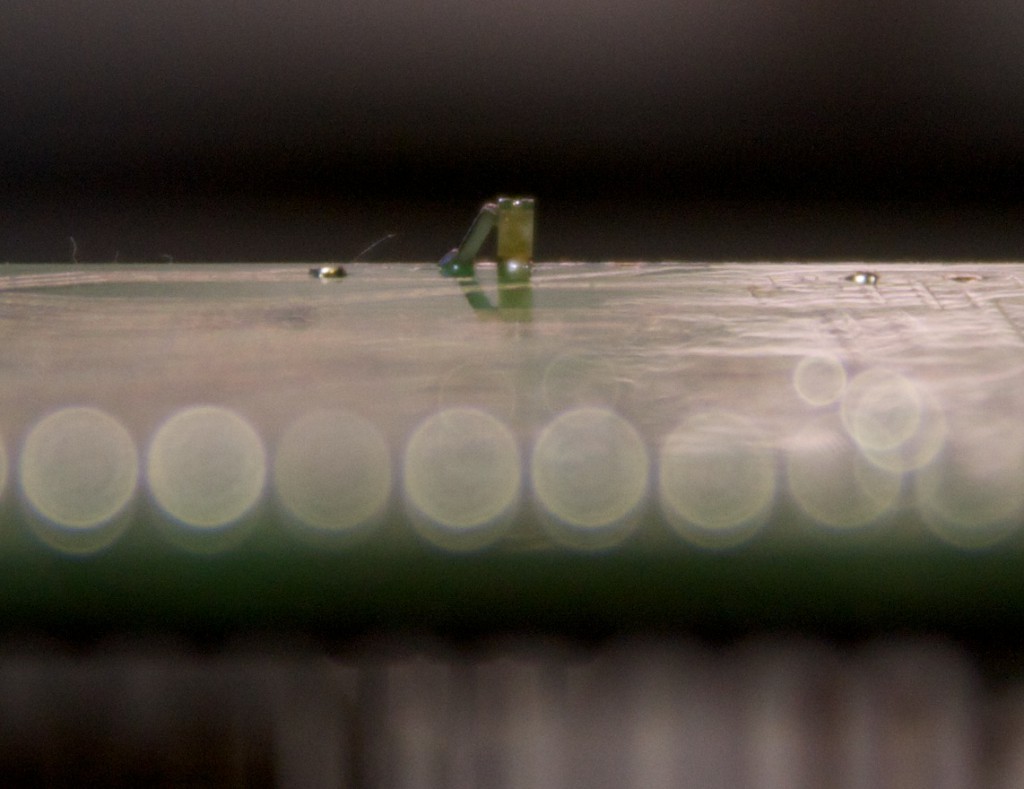 The LED is blue, Digikey part number 475-2816-1-ND with a 270ohm current limit resistor. The bulb sank about 20mA while the LED uses ~18mA, so a bit more efficient. I’m still not sure about the blue, but I figured it matches the theme of the case, so why not: 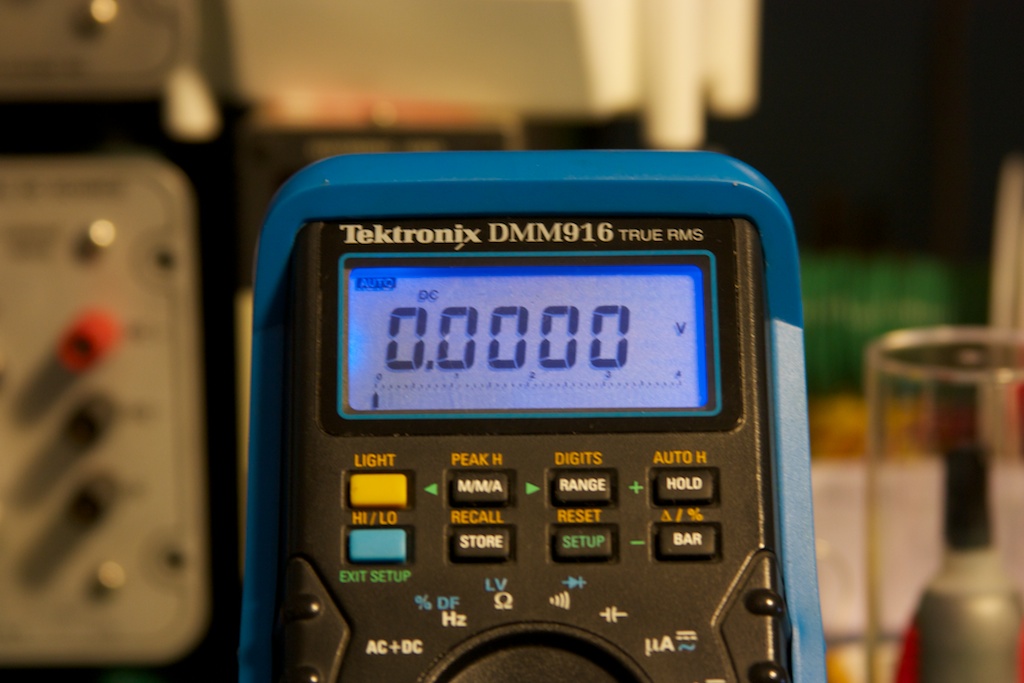 And as is evident, it is much brighter even with the lab lights on. Curiously, it is not much more legible in the dark in terms of the digits on the screen as I would have thought.

The picture says it all. This is especially true for any power supply work. 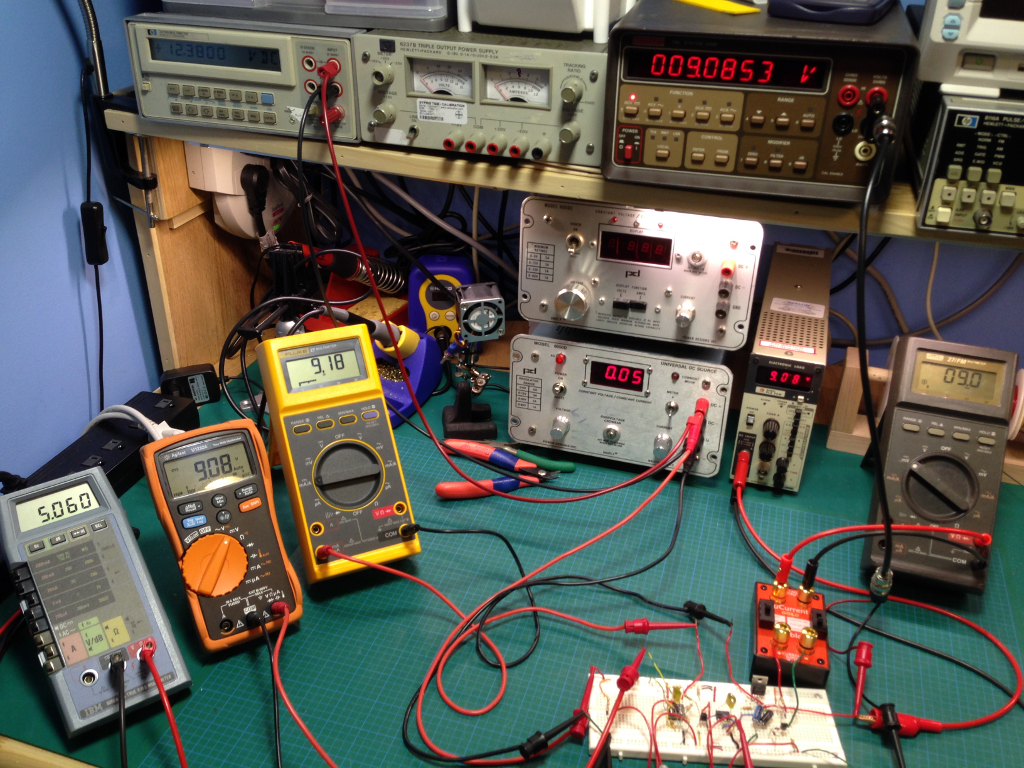 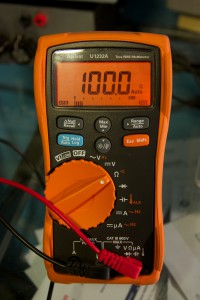 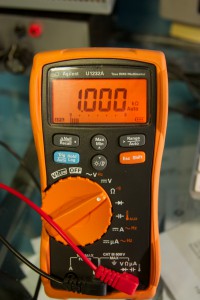 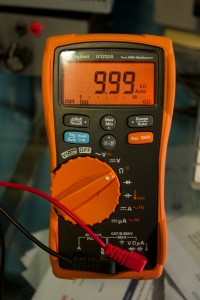 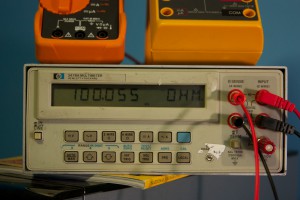 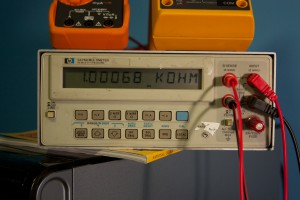 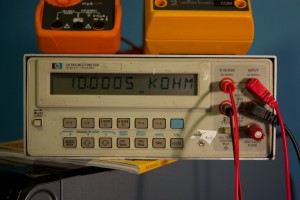 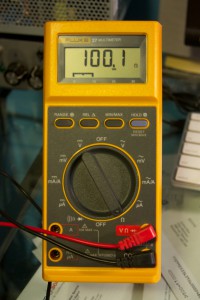 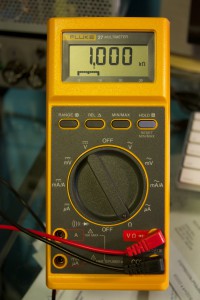 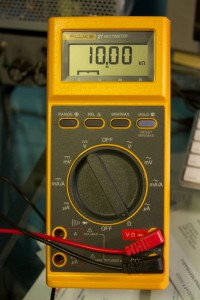 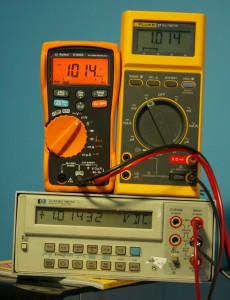